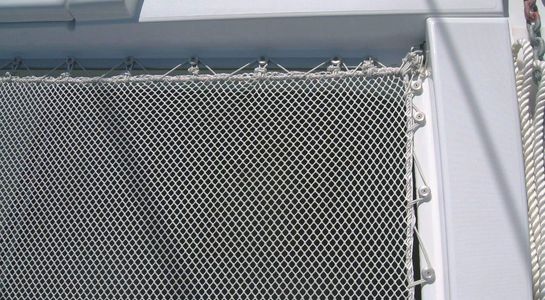 Our 3mm x 13mm mesh polypropylene netting is a lightweight netting solution that can be used in a range of situations. Some of the applications this netting is used for includes:

This netting has a 13mm mesh which is suitable for stopping most small size sports balls including golf balls and larger sports balls. The knotless mesh design gives this netting a great degree of strength and makes it lighter than a knotted comparison.

The edges of the net can often be the most common places that signs of wear occur so all of our netting comes with reinforced edges. This means we have sewn in a 5-7mm cord around the full perimeter of the net which has overlocked edges. The net is also UV protected and weather resistant.

We are the UK’s leading netting manufacturers and can make nets to your specifications. Please contact us if you have a bespoke netting project that you would like to discuss.