Keeping your home bug-free is important, and one way to do that is by installing DIY insect nets for windows.

Insect nets are an effective way to prevent bugs from entering your home, and they can be installed very easily using a few simple steps.

Although the commonplace in your home is to fit insect netting to your windows - they are also useful for covering a doorway where insects might enter your home or for any other openings.

Installing DIY insect nets for windows is a great way to keep your home bug-free, and it's a very simple process. There are three types of insect nets that are commonly used in homes - the standard window net, the fine mesh net, and the clap net. 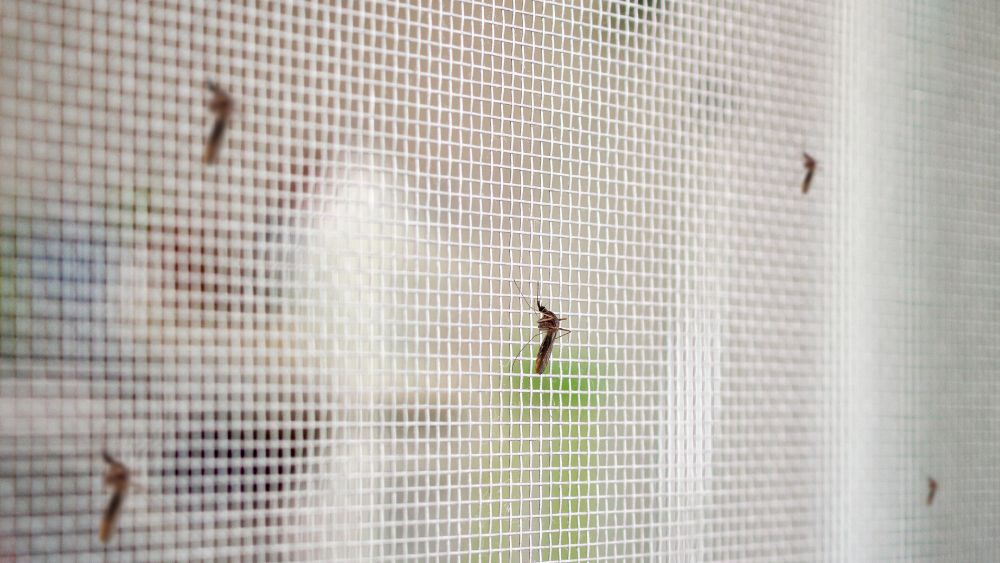 How to Install Insect Nets

When it comes to installing your insect nets, there are several routes to choose. Of course, it will largely depend on the net itself and your preferences too. For example, if the net is going to go in your windows, it doesn't necessarily matter as much if it is immovable. However, there are some other nets that you might need to adjust as and when it is necessary.

In that respect, it is difficult to determine how you should install them. You could choose to glue them; you could attach velcro to allow you to open and close it as necessary. You could attach it with nails or hooks. It depends on what your aims are.

How to Use Insect Nets

Insect netting should be pretty self-explanatory. It is used mainly during the warmer months but can be in place year-round to stop insects from getting into your home. It creates an impenetrable barrier for bugs and insects.

It is usually placed around doors or windows, which, if left open, would let the insects in. The netting can be temporarily or permanently affixed depending on where you want to put it. Once it is in place, there is really nothing else that you need to do.

Depending on where you would like the netting to go and what you want to do with it once it is in place, it might make sense to consider getting it custom-made. In doing so, a lot of the guesswork is removed, which does make things easier.

For the most part, custom-made netting simply requires you to take a few measurements and send them off to whoever is making your netting. In some instances, you can have the netting installed, too, which further eliminates the potential issues on your part. 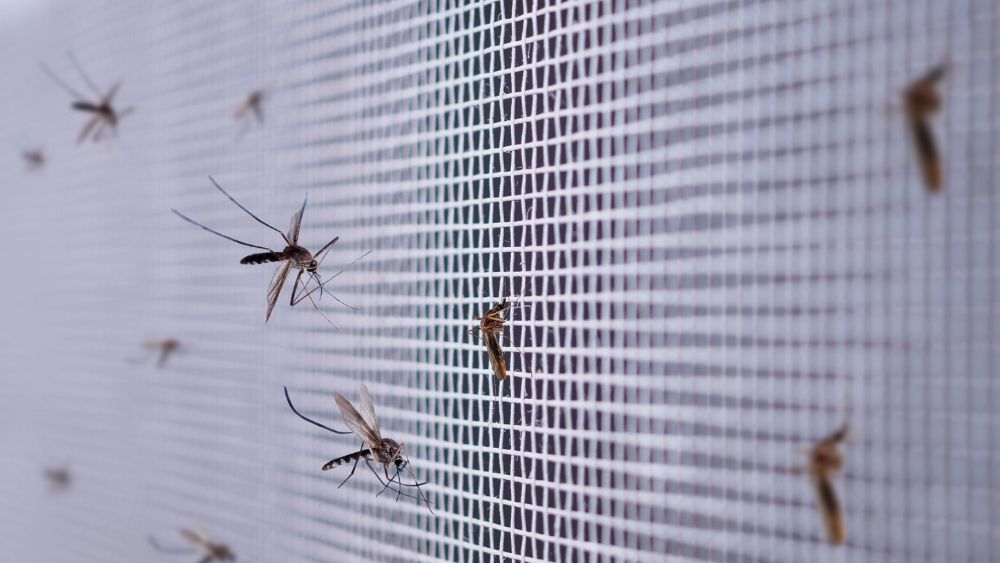 Choosing to install insect netting has a number of benefits. In addition to the most obvious one, which is clearly keeping out insects, there are several other benefits too.

Insect netting can be transformative for your home in the summer, helping to keep your home cooler and promote airflow, all while keeping out the pests. It can be used year-round depending on the weather and your preference, of course.

It really depends on where your netting is located inside your home as to whether or not it will really need cleaning, how often and what you should use. For the most part, interior netting shouldn't really get too dirty, but it might still need cleaning from time to time.

Before you can clean your netting, you need to know what it is made of. Some forms of netting are made from plastic fibres, which tend to be naturally stain repellent and therefore will likely need dusting occasionally, but that it is. Other forms of netting are made from fabric which can stain. If you can, you should remove the netting if your setup allows you to do so, and you can wash it in the washing machine.

Insect nets have uses outside of the home too. They aren't simply used to summer proof your house. Outside of the home, they are predominantly used to protect produce in various forms and iterations. In addition to insect nets, there are also other forms of nets designed to keep out other pests, so remember to keep in mind the extent of your pest problem.

Firstly, wide-scale crop protection. This can do wonders for the crops. The nets help to retain the heat, which can help to accelerate their growth. The netting also helps to protect the crops from the elements like the rain, wind and snow in addition to obviously deterring pests too.

Mosquito netting is a specific form of insect net which is designed to keep out mosquitos – as the name implies. Depending on where you are in the world, a mosquito bite can be incredibly dangerous, even proving fatal in some instances, which is why having the proper mosquito netting is so important.

Insect netting on an allotment often serves a near-identical purpose to insect netting used for crop protection. The main difference being the scale. Obviously, allotments are a lot smaller than a field of crops, and therefore the efforts need to be scaled down appropriately.

Although, it isn’t always the insects that cause the problem. Other pests can also compromise your produce like birds although you can find bird netting too if this is where your problem with produce lies.

Insect netting in a greenhouse is usually used in the doorway to prevent pests from entering the greenhouse, although it can also be used to cover specific plants too if needed. 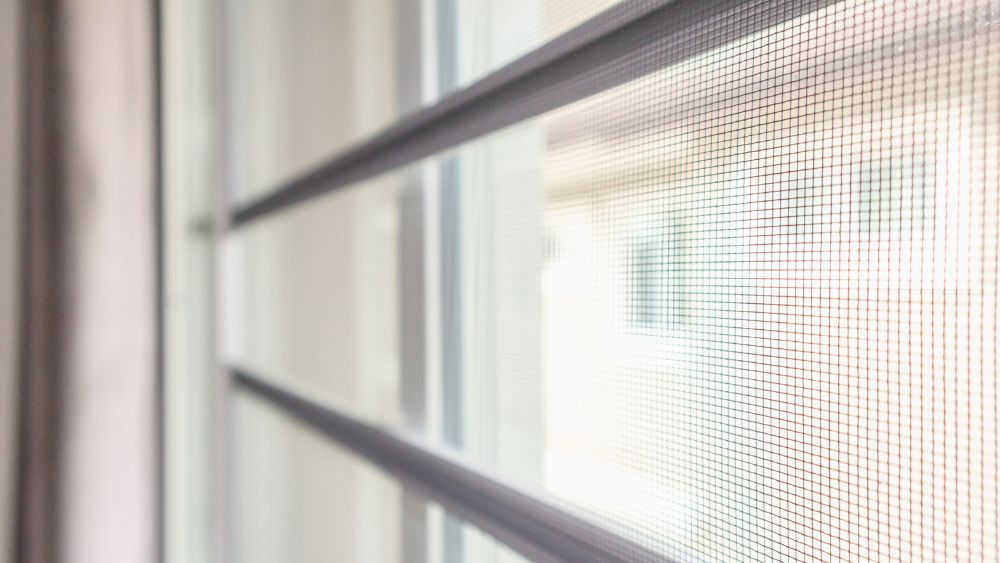 Insect nets have a wide variety of applications both inside and outside of the home. When it comes to making your own insect nets for your home or produce, choosing the right netting is important to ensure that your netting is going to be effective. Make sure you have done your research and taken the right measurements to make sure the netting is designed to fit the space properly.

In short, yes. Insect netting does help to keep insects out. However, your setup will have an effect on the efficacy of the netting. If the netting isn't secured, then, of course, insects will still be able to get in.

How do you secure insect mesh netting?

This depends entirely on where the netting is and whether you want the netting to be adjustable or not. For homes, some people use the netting to create screens. They can be secured by hooks or velcro, do some research to

Does insect netting protect from frost?

While it is true that insect netting does offer protection from the elements, the protection is partial, not absolute. In short, it is better than not having it, but it won't stop the frost from affecting your produce completely.

The smaller the mesh, the better it is for insects. If the mesh is too big, then the insects will still be able to get in through the gaps.